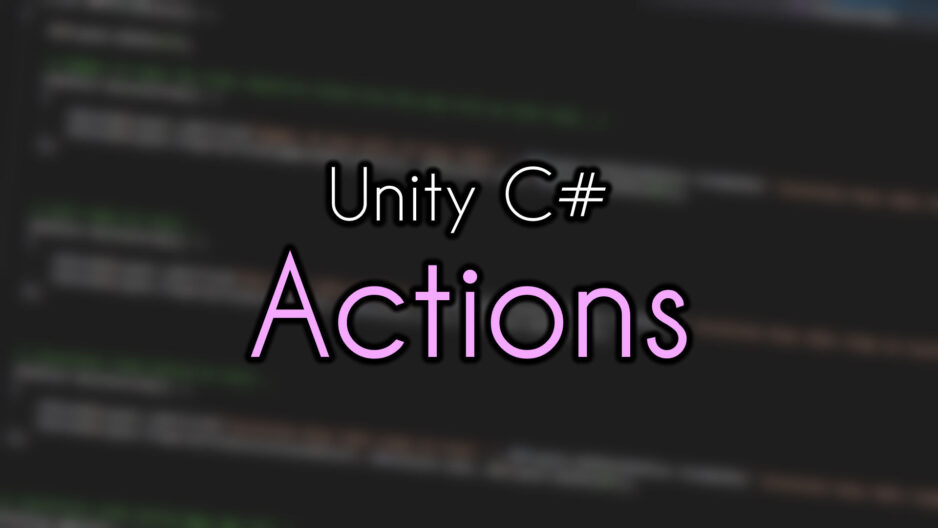 So, you’ve probably done this at-least once as a developer, you’ve got a value or element of your game that needs regularly checking and updating, like; player health, score or if a level has ended. Now you can just check for these in update which in small games is fine, but you’ll find you are calling this code way more than you really need to, if only there was a way to eliminate that xD.

This is where actions come into play. They work like events such as the OnClick on a Unity UI button. When you invoke them they run, otherwise to stay as disabled. What makes them handy, like how you can have multiple methods run at once of a button is that you can add and remove methods or delegations on the fly as well as listen for actions being invoked from other scripts. Here’s the four main steps to using actions in you code:

Here’s an example which is what I used to learn how to use actions.

Healthbar.cs (on the health bar UI for the player)