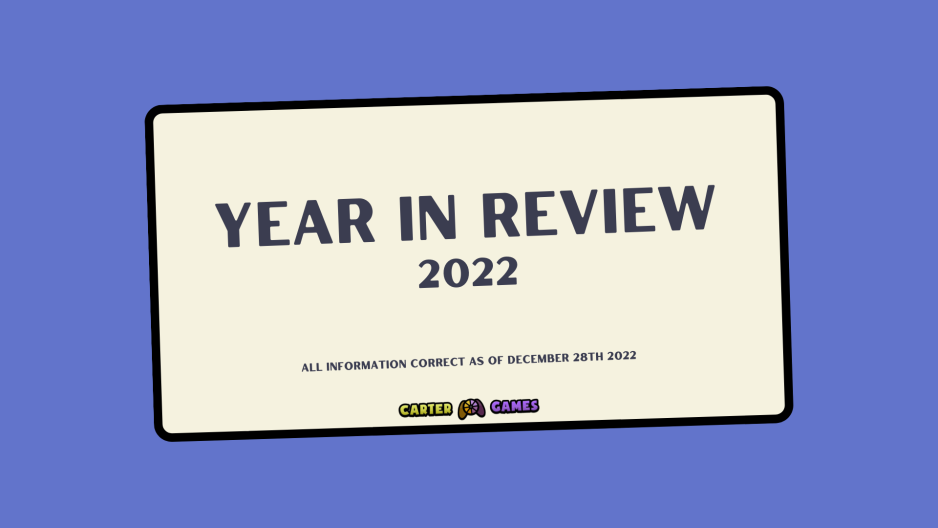 Welcome back to another year in review. This is now the third year running that I’ve posted a summary of some of the stats behind the scenes and expressed what I plan to do in the upcoming year. If you want to see the previous years, you can access them below:

This year has been a quite one for new releases. The main release on the assets side was the experimental Multi-Scene asset which is currently only avalible on GitHub & Itch.io.

On the games side there was some decent progress on both projects. Project Tilly ended up hitting a major roadblock with some of the 3D assets I’d need to make. This is still a project I plan to go back to once I’ve gotten better at 3D modelling a bit & when I’ve sorted out the story a bit as well.

C.W.I.S has been the main project for the majority of the year with slow but steady progress throughout. Just before Christmas I managed to get the some new features in such as an online leaderboard, a chaft mechanic & several fixes to some of the minor but annoying bugs with the game. I’m hoping to manage a release of the build around the end of Jan 2023 but like every other deadline I’ve set its not in stone.

The download stats this year are about what I expected. I got a bit of an increase on Itch.io due to a few game jams but nothing significant. The asset store remains the best for downloads as a whole getting around 100-150 per month dependant on if there are updates released that alert users or not. Google play saw a drop in downloads from 2021 but this is mostly due to my own neglect of the platform this year. I do hope to put out a few more products on google play in the future though.

The plan for 2023 is a bit more fleshed out that in previous years because I wanted to make it achievable and while also having a clear plan of what I was doing for the year. I’ve split this into three plans:

The A plan is the plan I am committing to completing in 2023. These are goals I will be hitting next year first, and are the aim for the year at a minimum. This also includes the release of the C.W.I.S build but with any luck that won’t be much longer down the line.

The B plan is mostly a load of smaller projects or updates to existing projects that need a little work still. This includes:

This is the stretch goal plan where any extra bits I’d like to try would take place after all the bits from the A & B plans were done. These indluce a few additional personal projects that are mainly focused on making game mechanics from games I’ve played both old and new to see if I can make them. It would be with programmer art and more of a test of my skills for a bit of fun.

While 2022 didn’t go as well as I’d like, a though I’m sure many feel with the current state of the world. I’m hopful 2023 will go a little better. I’ve spent the Christmas period mostly relaxing & plan to continue until the new year as I havn’t really had any kind of break in a while. So I’m playing some games and taking it easy until the new year. See you all in 2023.