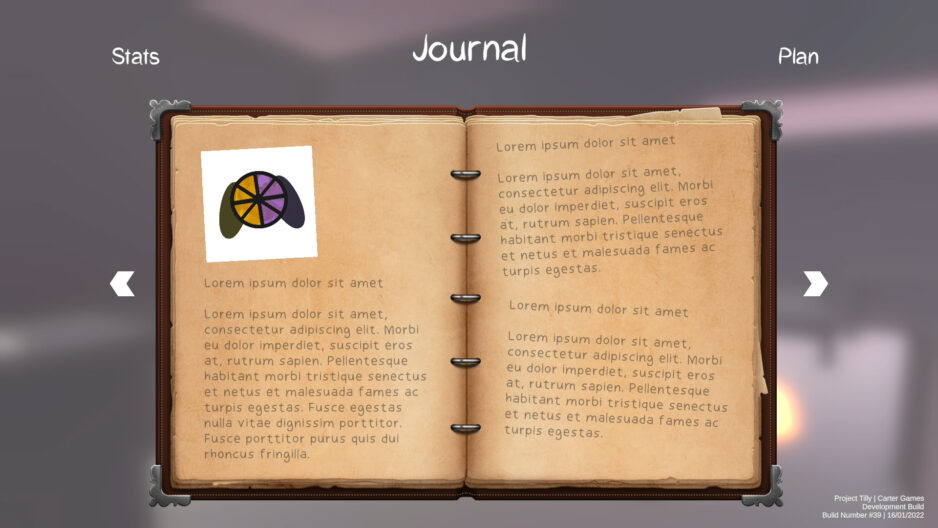 Its the end of week 2 of development! This week was a relatively quiet week as my 9-5 was draining this week with a lot of bugs to fix on my work project. Due to that not much progress was made this week.

However, most of the backend for the journal system has been made. It is just the implementing and testing that needs doing. Currently the book art is placeholder as the actual book be custom made to fit the art style. Each page can have several elements to it, which can be revealed and hidden using an ID which is defined for each entry in the journal. Pages can be changed using the arrow buttons or the left & right controls for moving around.

The idea of the system is that when the player completed a story beat to add to the journal, we would pass the ID for the entry we want to show to the journal manager, which will unlock it on the journal and call an action to let any subscribing scripts that a new entry has been added to the journal. Entries in the journal fade in when newly revealed, but uniformly fade in and out at a fast rate if previously unlocked.

Next week will be focused on finishing up the UI side of things, testing the page turning, fading, entry unlocking and action system so it all works as intended. If I get time I’ll get to work on a new system. 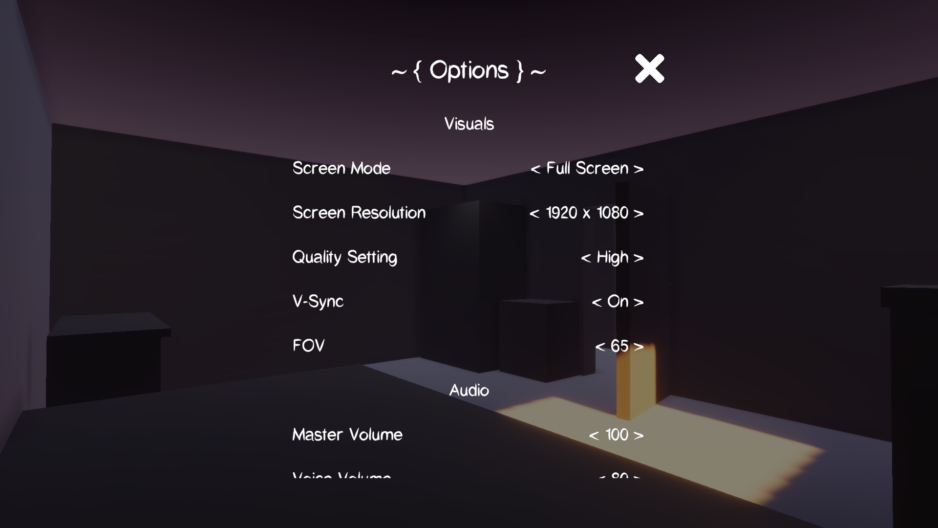 Hey y’all, so its coming to the end of the week and as a goal to keep posting at regular intervals I’ll be posting weekly updates on development no matter how big or small the work in the week was, if any. Do note that I work on this in my spare time which is limited and that I work in the industry full-time as is, so I only get around 5-10 hours a week on this at best.

This week was mostly focused on the backend for the main menu & options menu in the game. I wanted to make a system that could work in future titles as well as this one so I took my time to get it to a good spot. I’ve added in most of the options in to the game with their values updating in the global save. The plan is to add fully re-mappable key bindings in the future, but that is down the line a little.

You can see the current progress in this short video: