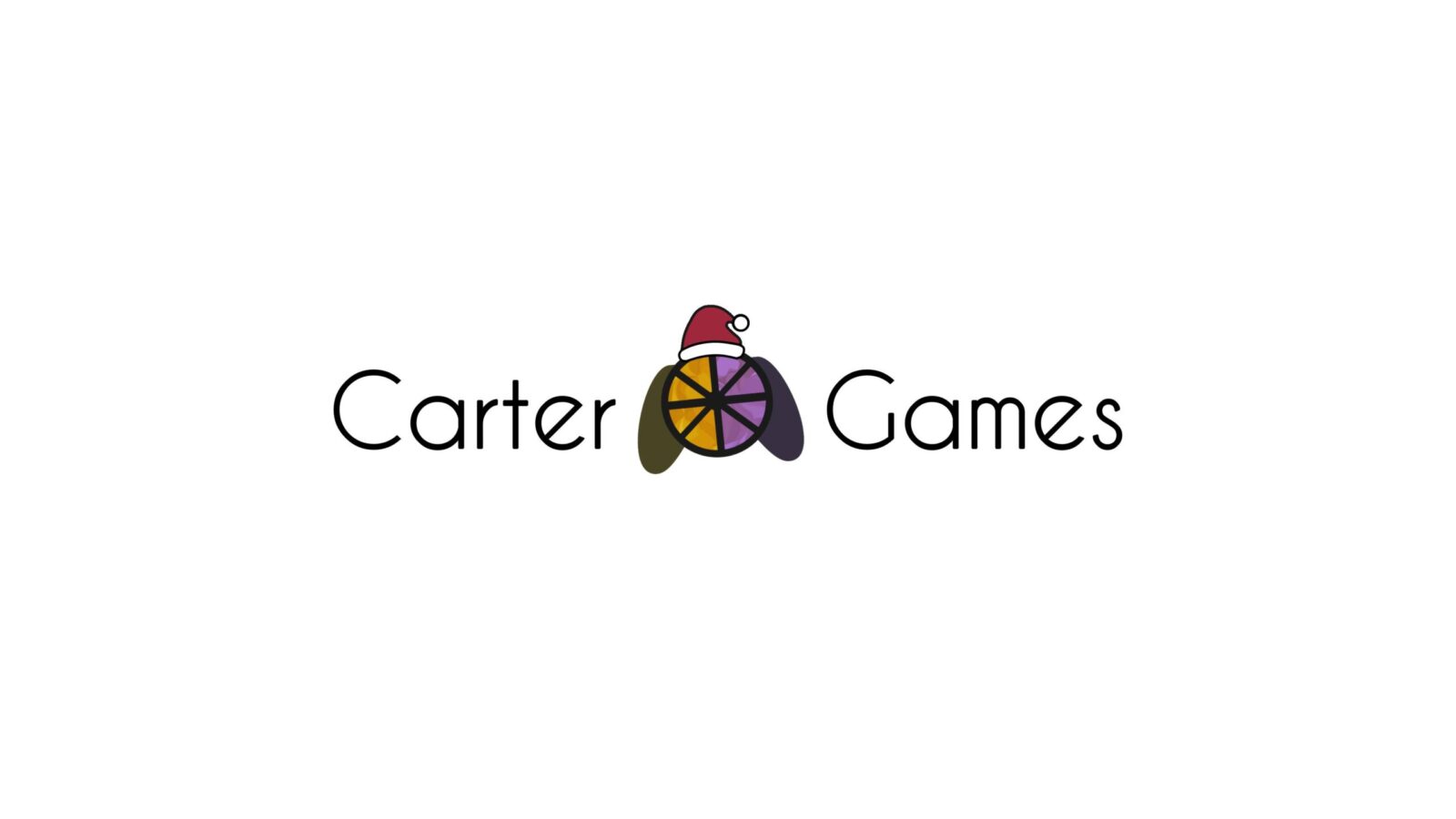 Its been a few weeks since the last update, but we do have a bit of news to share so here goes.

Build versions, our latest asset, is finally out on the Unity Asset Store after a really long review time, which was around 45 days give or take. The first few days of the asset being live have been great though xD, We’ve had record page views & asset claims which has made it worth the wait. I recently filmed a short overview video for the asset which I’m still working on the captions for as I write this. You can see the video on the store listing or on our YouTube channel. I plan film more of these for our other assets soon so each one has at-least 1 video explaining how to use it xD

What happened with Drop Tables? yea, I’m still undecided on what the use case this asset is for and how it should be setup to allow it to work with multiple games. Because of this, I’m postponing the asset for now until I get the time to sort this fully xD

We’ve notice a few issues with Audio Manager 2.5.4, which we are working on a patch for presently. However we also have a major overhaul coming soon! Its Version 3 baby! Backend wise some of the stuff is getting moved around and the way the asset is used is changed from inspector based to scriptable object based. Mostly this means the asset will be more flexible and hopefully more performant with less laggy inspectors, improved auto scanning, manual scanning options & more! This may or may not come out this year, we’ll see how it goes.

The backend for the new leaderboard manager changes are ready, we just need to test it & do all the front end stuff xD This is on track, though I’d expect it to be coming out early 2022 as most of the development time will be during and after Christmas and the asset store review team will probably be off until new year by then xD

We really want to make a game xD With the asset changes currently planned, we should have all of our assets at a decent point where supporting and updating them shouldn’t take too much of our time. So our main goal for next year is to release or make significant progress on a game title. We don’t know what yet, but its our main goal for next year! 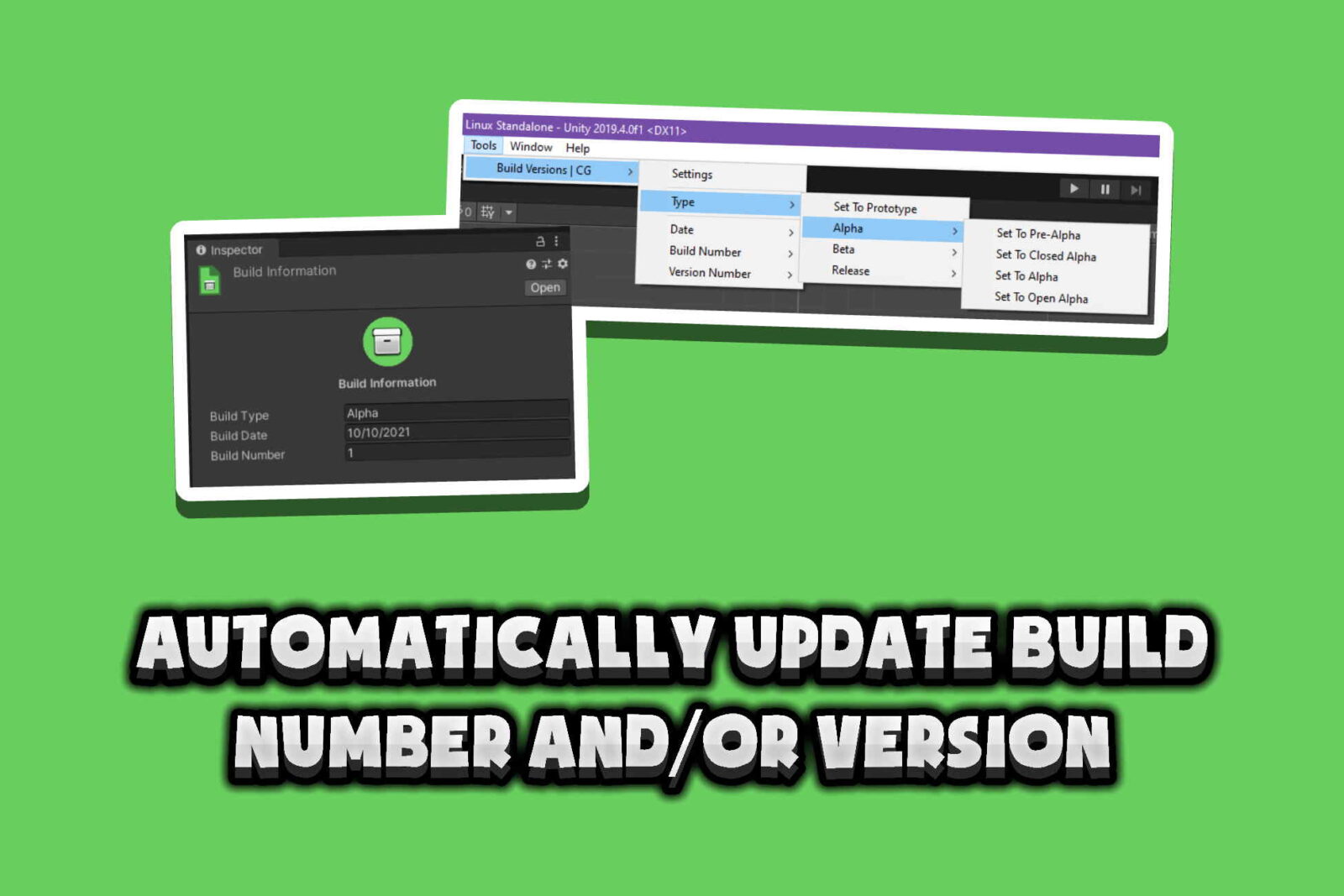 Due to on-going delays to the Unity Asset Store release of the asset, we took the decision this week to publish that asset on Itch.io ahead of the asset store. This was mostly so people could actually use the asset before the end of the year. Currently the asset is #1106 in the queue as of writing, it has been going down a decent chunk in the last few days. But its still the longest we’ve had to wait for a new asset to get reviewed. So as of this post the asset is avalible on our Itch.io page, which you can see here: https://carter-games.itch.io/build-versions

Some of our other assets got their new versions approved during the week.

This update just patches an issue where the auto-scanning feature was not working. This was just a misake on our part as we removed bits of the scanning strings for directories that broke that element of the scanning process, leaving out any files that were not in the root directory.

The transform colours asset has its colour select feature update live. This adds a feature that we had suggested in the reviews of the asset as the default colours were not as ideal on the light theme as they work on the dark theme. So this update lets uses change the colours to something more suitable for their needs.

That is all the news this week, our next news post will be in a fortnight. 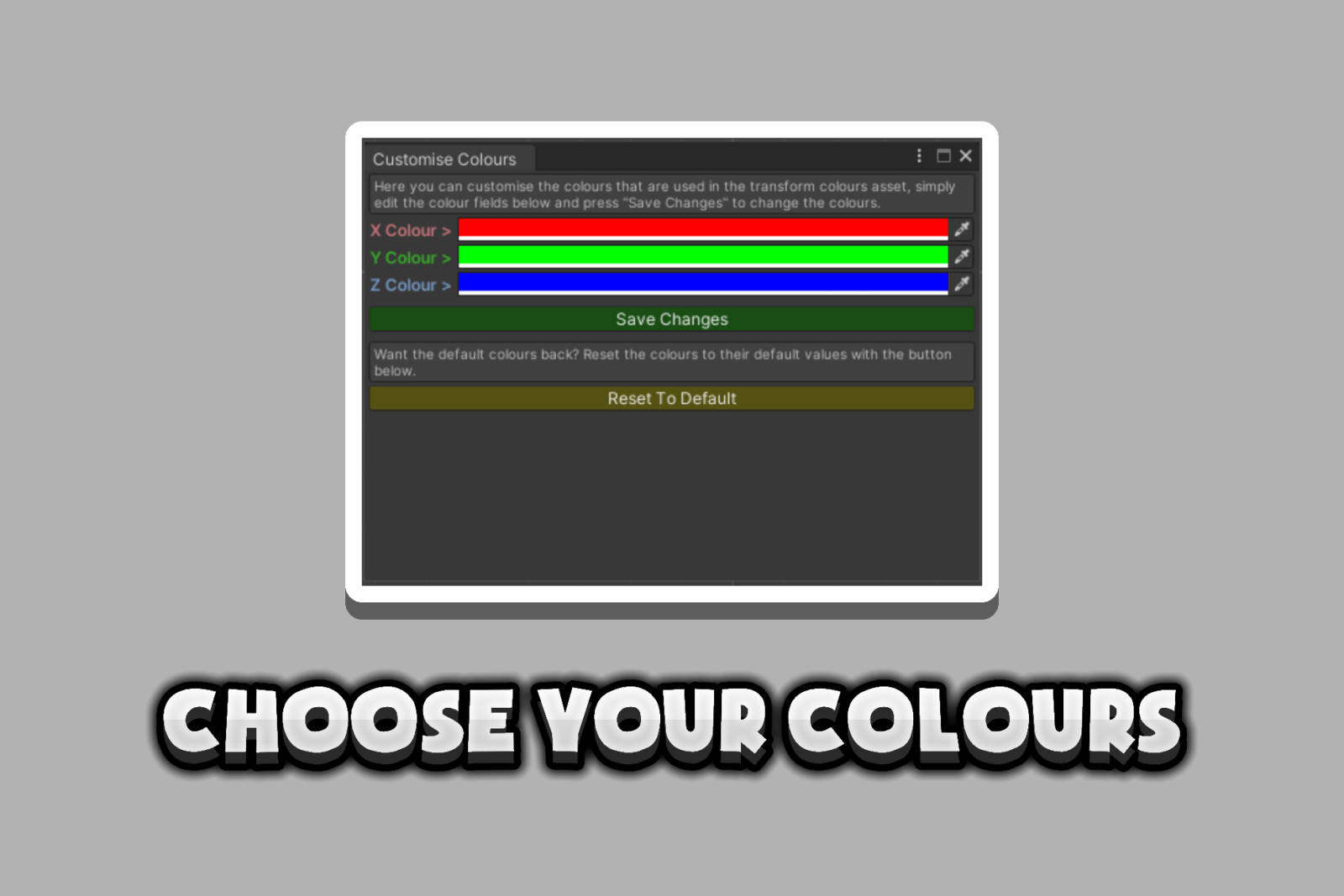 Hello all, I just wanted to make a short update post regarding our new asset as well as some updates we have pushed to some of our existing assets this week. So here’s what has happened this week:

Our latest asset is still in the review process to go live on the Unity Asset Store. The stores review process time has increased a considerable amount since we last published a new asset so it is taking a while. We are, as of writing, #1448 in the queue. So this asset may take a while to go live. There isn’t anything we can do on our end to speed this up sadly so its just a waiting game. We expect that the asset will be live before December but we can’t give an accurate date at this time. We will post when the asset goes live so y’all don’t miss it!

Audio Manager got a small update in the week, we fixed a few issues with the music player script to add a little extra functionality to it. We did make a little bobo in this update and missed a few bits such as the version numbers on some of the assets custom editor code. We will be patching this in a silent update next week.

A silent update is where we push an update without changing the version number of the asset, so you won’t get a notification that a new version is live.

Transform Colours has also got a new update! This update adds the option for users to customise the colours that are used in the transform component. Previously if you wanted to changes these you would need to go into our code to edit the colours selected. However after a review of someone doing this was posted we felt we should add a handy tool to make it easy to change. This is also a god send for those who use Unity in the light theme as the default colours are more focused on the dark theme that we personally use. 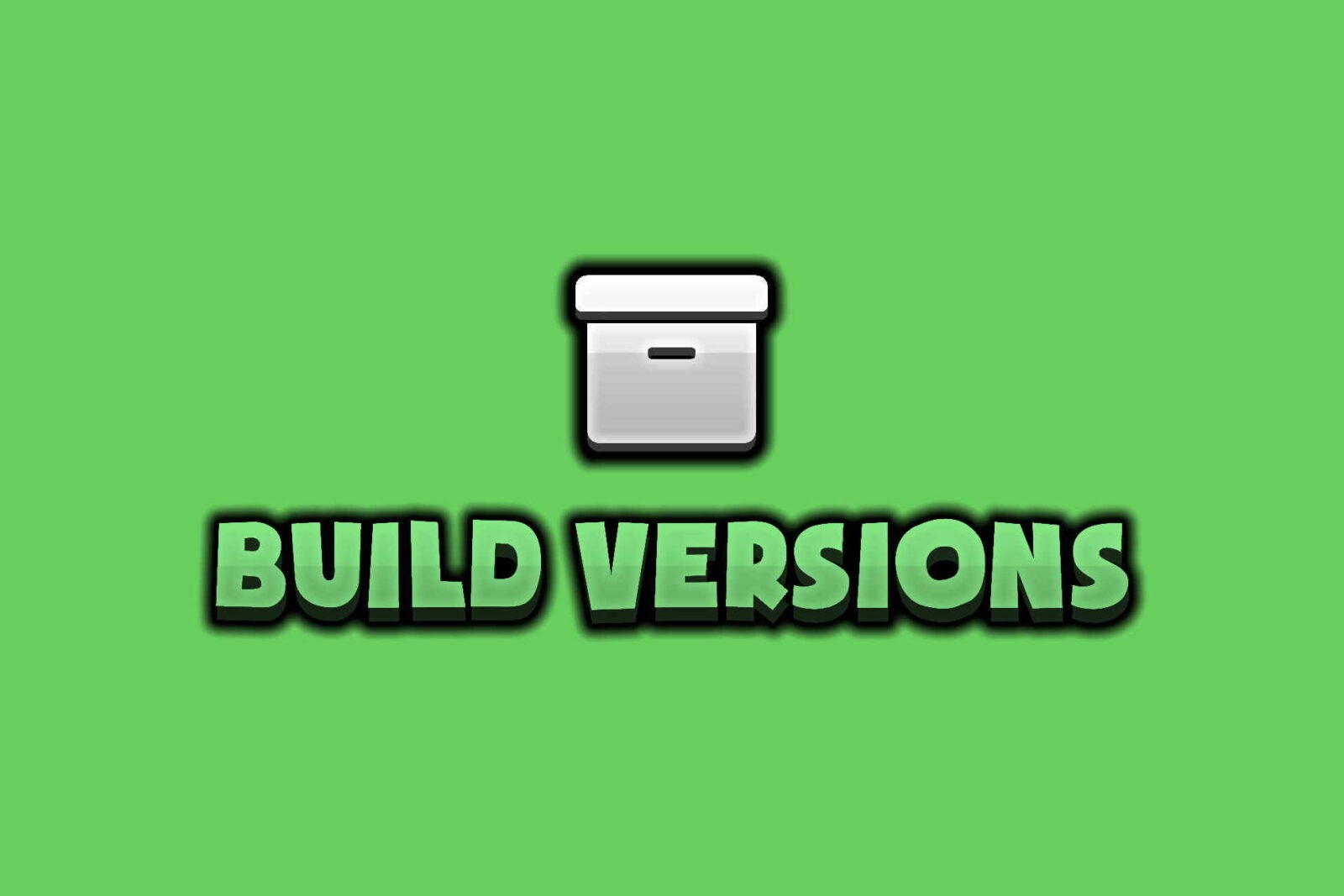 We recently annouced a new asset that was going to be released this month, well here it is! Build Versions is an automation tool that is like out other asset totally Free. This tool automatically updates a build number along with some other useful information that you can display in your project.

The asset by default will automatically update the following information in a scriptable object for you to implement if you wish:

You can view the documentation here if you are interested and want to get a sneak peak. We will make another post as and when the asset is officially live. 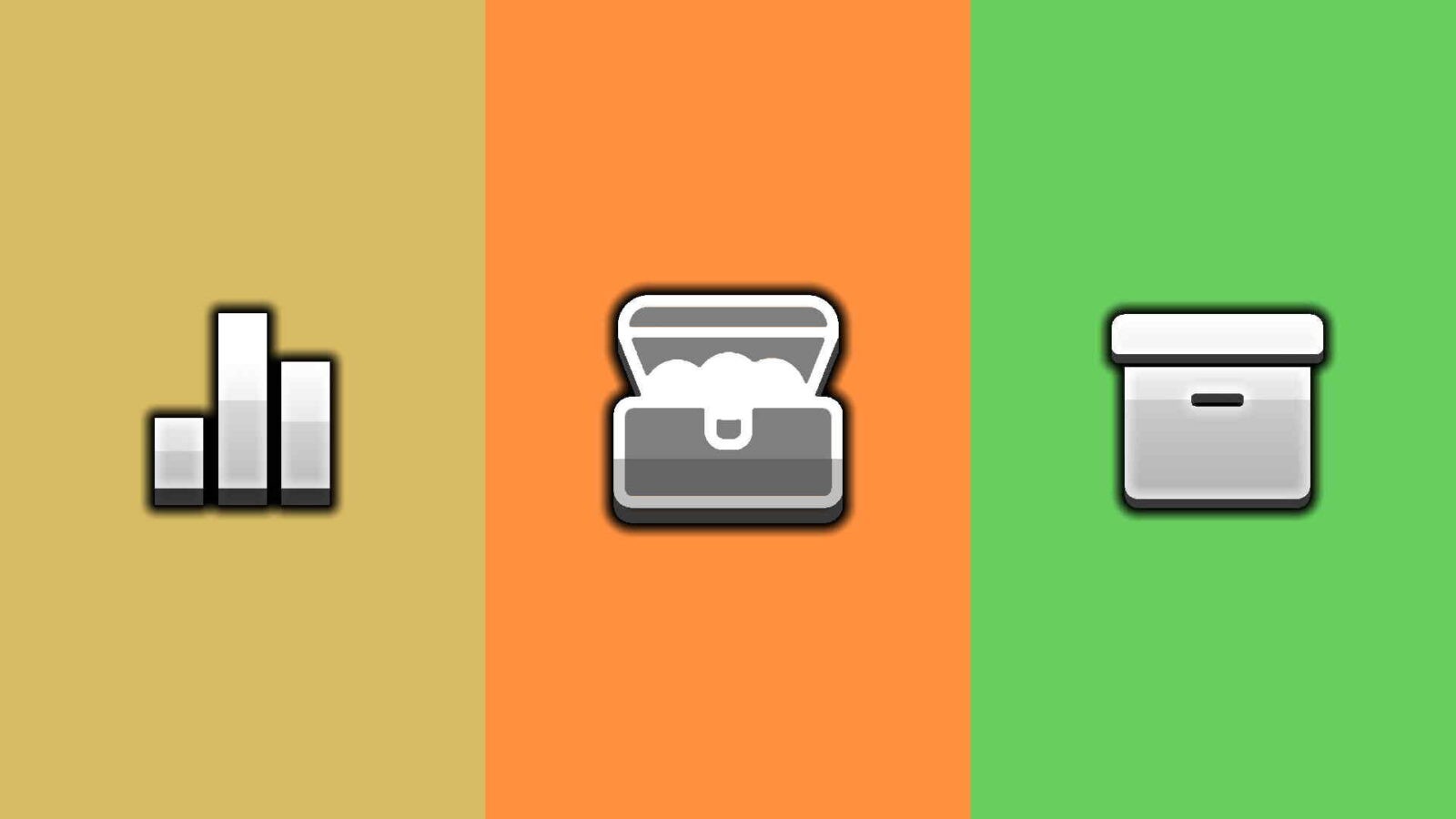 With the end of the year fast approaching, we feel it is a good time to announce our plans for the rest of the year. We achieved most of our plans from the summer roadmap, though it did take longer than we initially planned. Because of this we are behind on making a new game project which we will be postponing until the new year.

You may have also noticed a logo change recently, this is our yearly bit of fun where we make logo variations based on the time of year. With Halloween fast approaching, we felt we needed to make the logo a little spooky for the fun of it.

Those of you who follow our social media will know that we have had a few new assets in the works for a while now. Well we plan to finish these up and release them before the year is up. Those who have looked at our Unity Asset Store page recently will note that the Leaderboard Manager is still out of date. So this is also on the plate for the end of year work. We held off on the Leaderboard Manager for a bit as the asset needed a total re-write, so the new version will be a 2.0.0 release as and when we release it.

So a breakdown of what each asset does and when to expect the update roughlty:

Leaderboard Manager is a scripting system that allows users to implement leaderboard into their games with reletive ease. The current asset works, but is rather basic and has some limitations that we would like to remove. Given the amount of work needed to make the Leaderboard Manager work as we want. We expect this asset to be the last one we release this year.

This asset is one of the new ones. The idea is to provided users with a way of creating multiple loot tables with ease with a 1 in X style which are user friendly. So a change of 1 in 4 would be common while 1 in 5000 would be super rare for example. The asset also allows the user to define drops that always get rolled if needed. The asset is currently at the testing stage and we are working out the kinks with the backend to make it usable in projects of any kind of the gate. We expect this asset to be ready sometime in November.

This is a lightweight asset that is designed to just help the developer automate updating their game build numbers. Which will happen automatically each time the developer makes a build. We plan to have options to change when the build is incremented, options to edit the player settings x.x.x number and options to edit the “type” of build. All of data is available in a scriptable object which can be easily implemented into the developers project. This asset is the one we are currently focusing our efforts and we expect this asset to be out by the end of October at the latest.

So that is the plan 😀 Whether or not we achieve it is another question entirely. But we hope that getting these assets out this year will clear our schedules a little so we can start some new projects going into the new year.